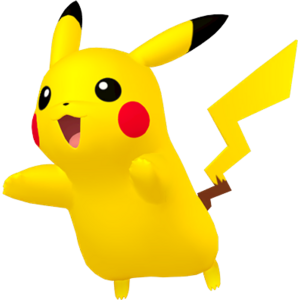 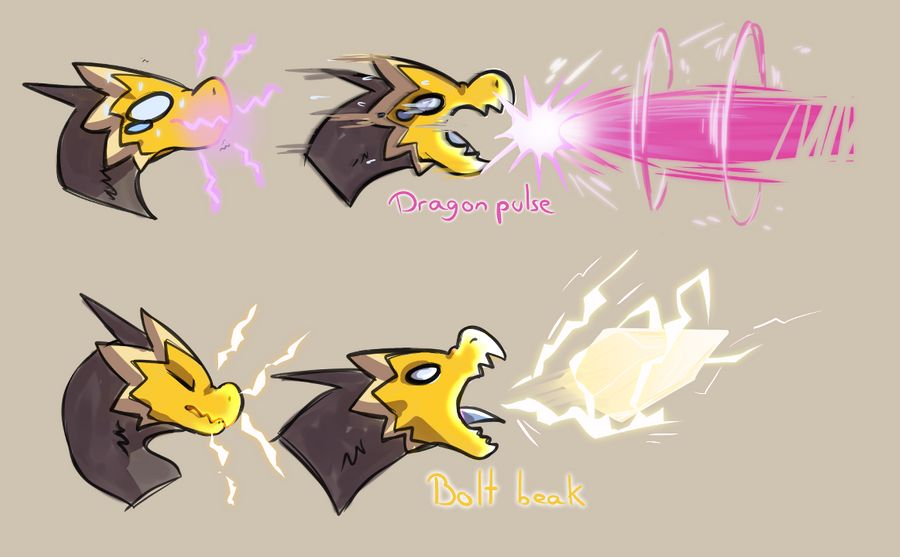 The rumors were mostly ignored until new details emerged of the prizes, the dates, the location.... That anyone could enter with no questions asked of what faction, tribe or cult you hailed from. It was suspicious to say the least, while Pokemon battling was by no means outlawed or looked down upon, big tournaments were usually only seen out in the wastelands due to the type of trouble it brought.

Posters began appearing of a summer fair being held just on the outer edge of the purified zone. With the recent punk fest that was held, it wouldn’t be out of the ordinary for another festival to pop up right? Well with the dates matching up to the tournament rumors, it was obvious what was going to be happening behind closed doors. There wouldn’t be any plans to shut down this event unless certain lines were crossed, but attendance was encouraged to make sure nothing too criminal happened.

Not sure what to expect at this summer fair, you find yourself in the middle of what felt like a temporary market set up out in the wastelands. Most attendees seemed to be from out of town - nomads, merchants, travelers and mercenaries - and most stalls offered either services or unusual items for sale.

While you make your way through the bustling dirt paths, you find what you were tasked to look for - a lone sign board with a red dot painted on the top left corner. Despite how busy it was at the fair, there wasn’t anyone around this sign. You read what was on it:

"THOUSANDS OF STARDUST TO BE WON

4. ROUND ENDS WHEN SOMEONE YELLS “STOP” OR FAINTS.

...Well it doesn’t sound as bad as you thought it would be and the prize pool is quite enticing so you sign yourself up! You wait around for a few minutes, eagerly looking around at the people and Pokemon passing you by but no one seems to be paying any attention to you or that sign. There isn’t much point in staying in this one spot if the organizers “will find you” anyway so why don’t you enjoy the rest of the summer fair until then?
L'information suivante est susceptible de révéler quelque chose d'important et de gâcher une surprise 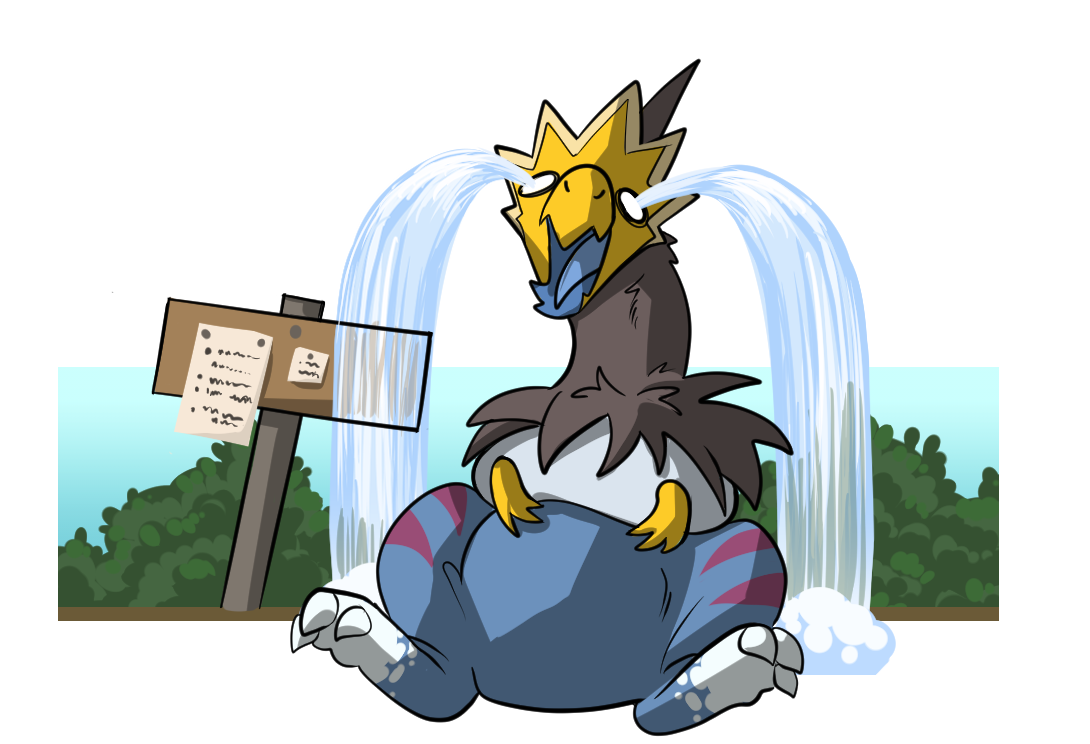 Le texte du tournoi (en anglais):
L'information suivante est susceptible de révéler quelque chose d'important et de gâcher une surprise
As you spend the next few hours browsing the markets, chatting with travelers and enjoying exotic foods, you hear your name get called out. You spin around to meet a young, thin man wearing a circus ringmaster’s outfit with a judge’s robe over it, complete with a top hat and cane. Behind him were two huge, muscular men who looked like they came from Punk Fest, but judging by their tough demeanor they were his bodyguards from the wastelands.

“Tournament, correct? Follow me.” He spoke with a smirk and turned heel to quickly head towards the sign you originally wrote your name on. You notice his bodyguards snicker at each other over how scrawny you look, but you ignore it as you follow him.

As he reaches the sign, he uses his cane to bang on the ground below it twice. The ground rumbles and a trapdoor opens up, revealing a staircase underground. You didn’t expect the entrance to be right at the sign, you looked around but no one seemed to pay you any mind or share the same shocked expression at you. The ringmaster heads down and you do too.

Underground was dug out like it’s own building, there were stalls built into the walls, areas where people were gathering around and even pubs set up with customers. You also notice the less savory things, like the various powders or liquids people were ingesting and widespread gambling at every corner. There were also a lot more colourful characters here, including raiders, cultists and lone Blood Moon grunts, but none of them took notice of you.

The host sees your gaze wander and pulls you close, “Down in the underground, everyone’s a friend. Whatever beef you have outside, stays outside and what happens down here, stays here - that’s the rules.” You weren’t sure if the rules were that detailed on the sign but seeing as everyone seemed to be getting along there wasn’t much you could do about it. He leads you to the arena and gets you ready.

You stand lined up next to other trainers and Pokemon, some just as confused and unsure as you were with what they’ve just gotten themselves into. Behind you stood a circular metal cage several meters tall and several meters wide, while in front of you were small crowds gathering to watch.

“Ground rules for today: battles end when someone yells stop or the other Pokemon faints. No items, no tag teams, and just for our newbies’ first fight… no abilities!” On cue something from the ceiling drops with a loud thud next to Mr Dealgood, it was a large Carnivine with strange liquid dripping from its mouth. It takes a deep breath and spits out a Worry Seed onto each of the Pokemon fighters, replacing all abilities with Insomnia. You notice the Pokemon hit by it also begin to twitch with adrenaline. “Nice and simple just like the old days! Though we’ve added a little bit of extra kick into the seeds to make sure your moves don’t miss for your first round, wouldn’t that be embarrassing? Now onto the contestants and match ups…” 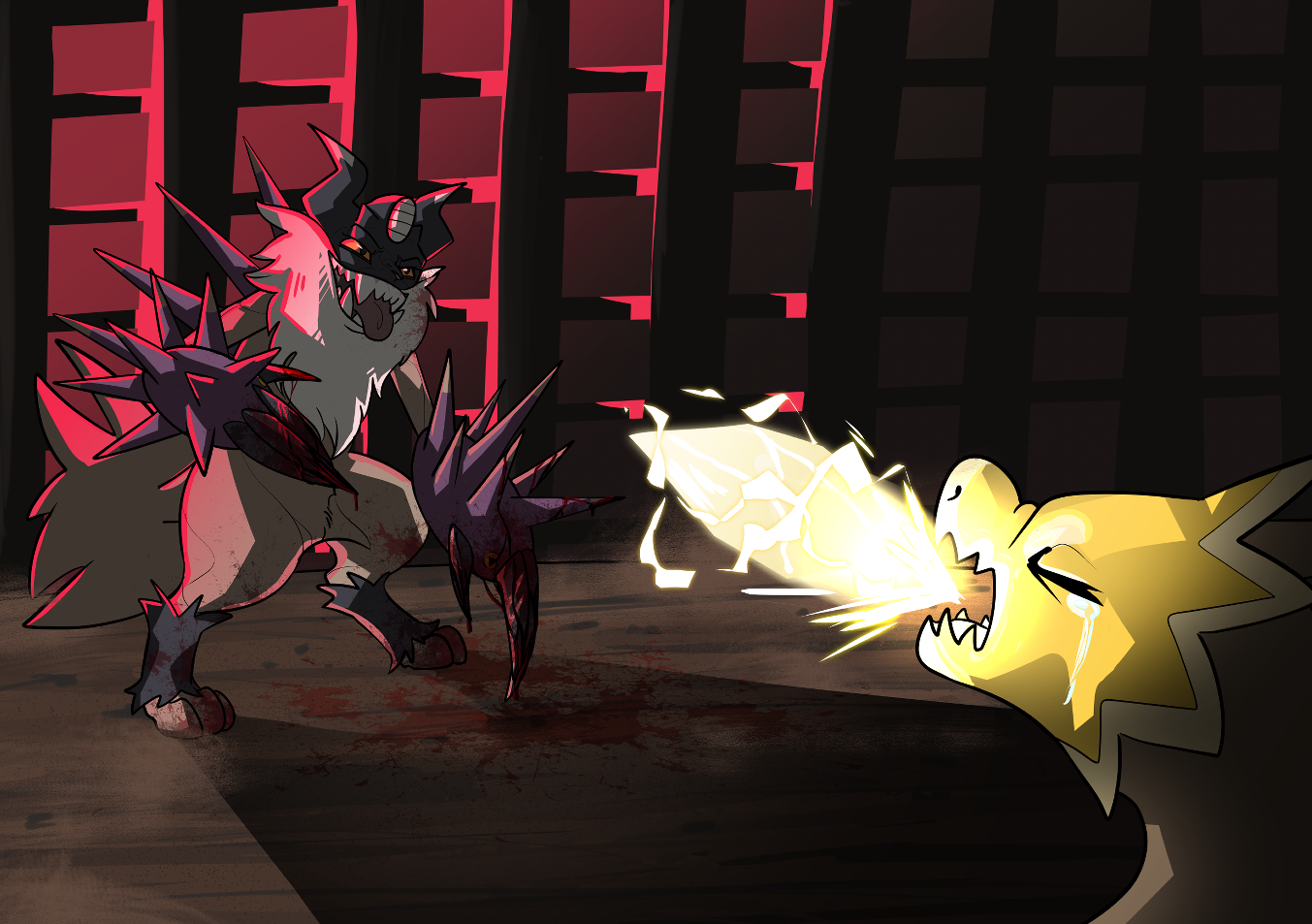 Le texte du tournoi (en anglais):
L'information suivante est susceptible de révéler quelque chose d'important et de gâcher une surprise
The battles drove the crowd wild with spectators getting so heavily invested that each match had screams of encouragement or petty insults going back and forth for both sides. Money poured through betting booths with wins causing more drinks being bought or losses causing tables to be flipped. The area really came alive over the fights.

Once all the battles were over there were roars of cheers and spare caps being thrown into the arena (which the ringmaster would scoop into his top hat). Mr Dealgood had a sparkle in his eyes and grabbed his microphone.

“DO YOU WANT MOOOORE?” He bellowed and the crowd howled in agreement, “AN ENCORE IT IS! AND THIS TIME NO MORE NEWBIE RESTRICTIONS, EVERYTHING GOES.” The cheers continued.

Mr Dealgood gave you a quick briefing as spectators went to grab more refreshments (and place new bets), “This round none of ya Pokemon are gonna get the Worry Seed treatment so expect stats, accuracy and abilities to matter more. You all seem pretty adept at battles and to make sure these fights don’t go too far, I’m also bringing in a judging panel this round too, well, actually it’s just me judging so bonus points if you buy me lunch.”

The ringmaster continued, “To win there’s 3 points to score; first point is whoever does the most damage to the other mon, second point is whoever’s doing their darnedest to capture the hearts of the crowd and third point... I’m just gonna flip a coin.” He waved away all the questionable stares he got for the last one, “What? I don’t care who wins, you guys are racking in the dough so just go out there and put on a show - oh but don’t worry you’ll all get a cut just for doing these fights!” 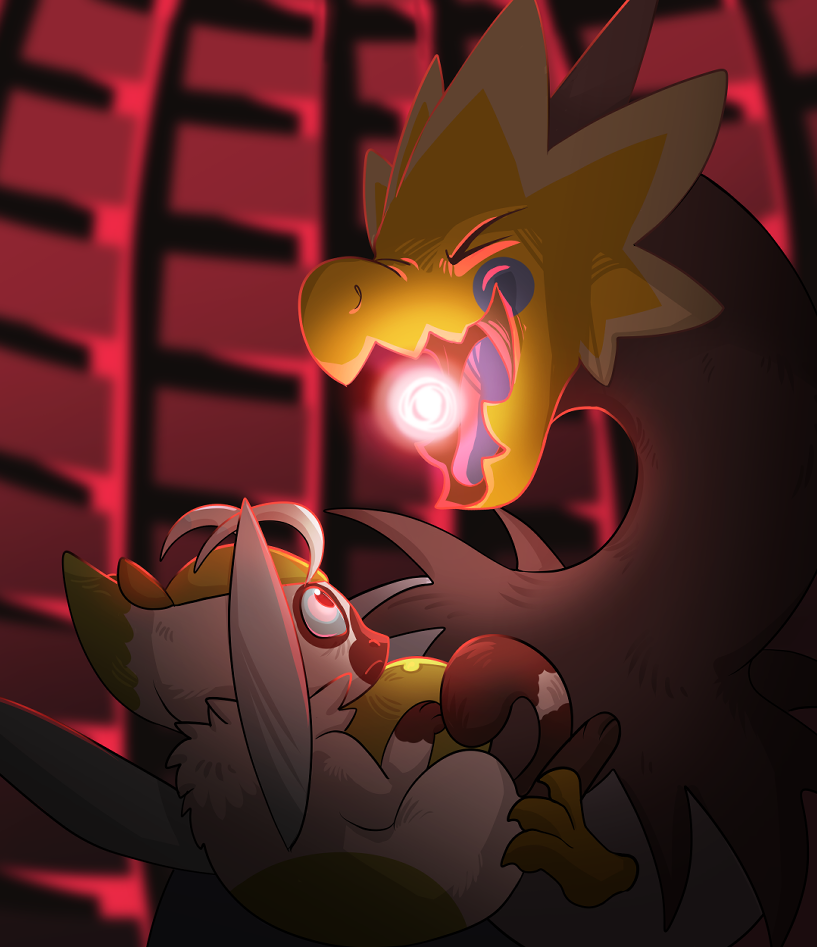